When I was was younger I use to scoff at New Years Resolutions. The changing of a year is just another day and you aren’t suddenly going to change out all of your bad habits for good ones. I was cynical back then. I’m still cynical, but now I’ve come to appreciate the changing of the year as a time to reflect on your past year and make goals for the next one.

In January this year I wrote down a list of goals for 2018. The list had four things on it:

Shortly after writing down this list Mark Nick and I started planning our 20 Peaks sufferfest that would include climbing both Mount Jefferson and North Sister. And so to to prepare for all four of my goals and our sufferfest I started running regularly and climbing regularly. After a finger injury set me back on my climbing it took me a while to get back to where I wanted to be, but in March I was climbing really strong in the gym and I thought I might have a chance to send a V8 before I left for a two month long work trip. But I didn’t have much time. I only had one session to climb the hardest boulder problem I had ever attempted. I found a problem that looked fun and in my wheelhouse and fell off on the first move. 2 hours later I had pulled every move on the problem, but I hadn’t even tried to put it together. I was also very tired, but I wasn’t going to get a chance to work on it after that day so I had to see if I could do. I took a 30 minute break and told myself “I’ve got one go left in me.” I got back on the wall and sent it using everything I had left.

While I was on my work trip I managed to get a bit of climbing in Including climbing the hardest route I ever had outside an 11a I was a long ways off and I wasn’t able to train like had been in March. My climbing fitness was slipping, but I was able to keep a pretty good running schedule as tried to stay in shape for our 20 peaks trip.

When June rolled around and our 20 peaks trip got under way I was able to tick off my second goal for the year by summiting Jefferson and North Sister as well as 18 other peaks in a 20 day window. But I’m sure you’ve all heard enough about that. 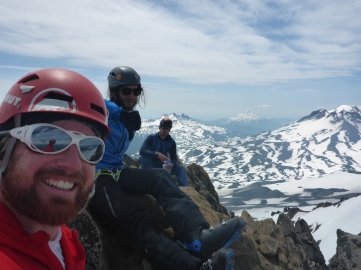 Day 8 Peak 8 Gettting to the summit of the north sister was great because that meant I never had to climb that mountain again. 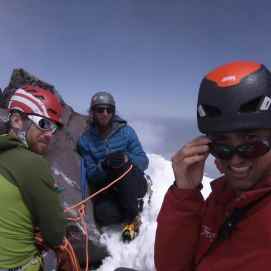 Day 15 Peak 16 Jefferson has it all. It is the complete Mountaineering package

With 20 peaks completed it was time to get back into climbing shape and running shape. I had signed up for a 100k and was short on time to train for it. My fitness was high from June, but I needed to turn it into ultra marathon shape with no time to spare. The training went really well until 2 weeks before the race I rolled my ankle. It wasn’t too terrible and it was time to recover for the race anyway so I took a step back and let rest be my top priority heading into my race. I started the race off relaxed and easy and before too long I found myself well ahead of my goal time. Feeling good I continued to cruise that pace until my body abruptly let me know that I was not consuming enough calories. I stopped briefly for a caffeinated snack and quickly felt better. When I hit the halfway mark in the heat of the day I took a quick dip in the lake and continued moving. At 36 miles I was feeling pretty good, but by 39 miles my hip was in excruciating pain. When I hobbled into mile 44 I was sure I should stop, but I was also 2.5 hours ahead of the cut off time and I needed to do everything I possibly could at that aid station to give my hip a chance to heal. Minutes before the cut off I tested out my hip. It was still painful, but not like it had been. So I ran on it. Then it got worse and worse and worse. When I hit the next check point at mile 50 it was clear I wouldn’t be finishing the race. I had run too many miles on a slightly swollen ankle and 50 miles was as close as I would get. Reaching the 50 mile mark meant that I did sort of reach my 2018 goal though, but not really. 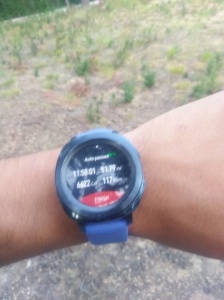 After a few days of not being able to walk and a few more of not being able to climb I settled into climbing training again. And once again worked my way back into shape, but I was still a long ways from a 12a. I sent an 11b at Smith, but never even managed to attempt a route harder than that. I set my goal high and I fell a little short, but I still managed to climb my first 5.11 and I got better and more confident, because I was striving for such a lofty goal. I’ll get it next year.

2018 was a really good year. Aside from the goals I set back in January I also managed to accomplish many other things I didn’t even think of. I got accepted to Portland Mountain Rescue and became field deployable. I got a promotion at work, even if I’m not sure if I wanted it. I climbed the longest multi pitch I have ever climbed. I climbed the the hardest trad route of my life, even if I had to aid through part of it. Climbed 20 peaks in 20 days!!!! Made new friends. Spent time with old friends. Visited new places.

All in all a really good year!!! 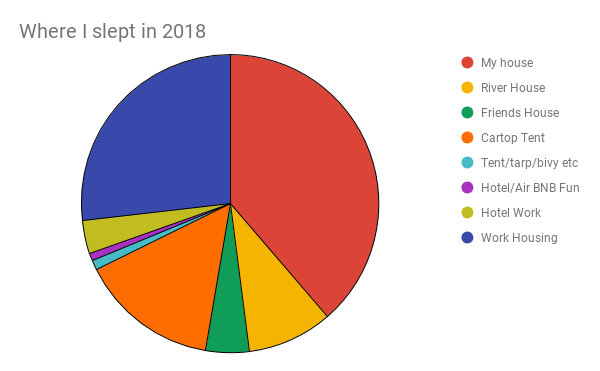