We wanted to Suffer. We wanted to be a little miserable and yesterday delivered. After 5 Mountains in 4 day it was time for another 2 peak day. We settled on two similar peaks. Washington and Three Fingered Jack both require a little bit of rope work, but the approaches are typically relatively easy. The approaches yesterday were anything, but easy. 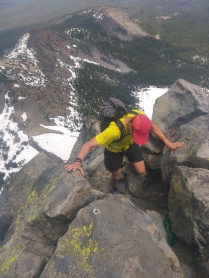 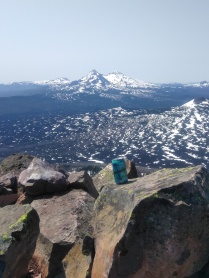 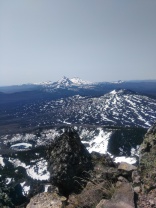 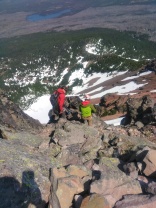 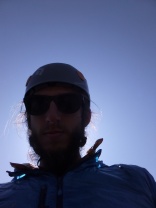 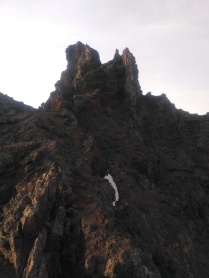 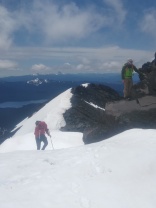 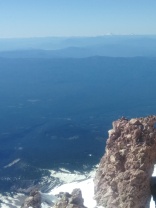 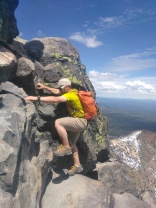 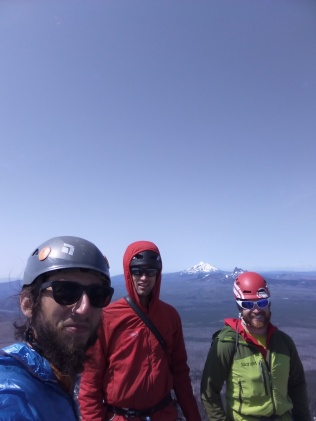 After Climbing Lassen on day 1 we were feeling great and plenty of time to get our selves sorted for a big day on Shasta. The original plan was to climb Shasta and Shastina on day 2, but after reaching the summit of Shasta we decided to skip Shastina because “It looks a little lame” in its place we decided to add in Diamond Peak. To stay on pace we needed to added in another peak that day. Next in line was McLaughlin. We started up Mclaughlin and 4 pm and with a little trail running on the way down we managed to make it down without even needing to turn on our head lamps. It was huge day and we felt surprisingly good when we were done.

Mount Thielsen is a fantastic climb and it could not have gone any smother for us than it did. At the end of the climb we felt better than we did at the start.

Next up was Diamond Peak and since it was a recent add to the trip we had done less research on it than the others. Google Maps gave us directions that took us essentially due North from Thielsen down a gravel road. It seemed like the best option so we headed down the road. As we got closer the road continued to get worse and worse until we encountered a downed tree. There would be no getting through on that road. We back tracked a bit and went around. After a couple more turnarounds we reached our trail head. The climb itself was a wonderful climb, but the drive out was more of the same.

Day 5 we took off for Washington in decent spirits, but the way down was a slog and none of us were particularly interested in getting out of our lawn chairs after we sat down to eat at the Three finger Jack trail head.  When we finally built up the courage to get started the mountain didn’t have any interest in making it easy on our tired legs. The trail soon became covered in patchy snow. The up and over the snow patches was making all of us a little irritated. The patchy snow turned into consistent snow as we traversed around the mountain to the climbers trail. We were struggling and our energy was dropping. When we finally made the ridge our spirits began to raise again. Reaching the summit we were only half way there, but the way back was far more enjoyable as we took the ridge as far as we could. With the end in site we finished the climb completely ready for a rest day!

This is what we asked for so I guess we can’t complain.